Weren’t able to make it to CES this year? Not to worry, we’ll get you up to speed on all things tech and our predictions on relevance in terms of making a market and impact on society at large. We’ll cover the latest on voice clients, autonomous cars, drones, IoT, 5G, VR & AR, applications of visual analytics, of course TVs and the latest in foldable tech.

Voice based assistants: Alexa, Google and Siri
Both Google and Amazon had substantial presence through partners at the show. Alexa was perhaps more prominent than Google and noticeably very visible as the integration of choice in vehicles at the show. In the Rivian electric truck & SUV, for instance, you will be able to do all the usual stuff that the likes of Apple CarPlay and Google Auto do but also vehicle specific items such as pop the trunk, control the windows and the climate with the power of your voice.

Woodside Opinion:
Even though Android Assistant and Apple Siri are in Android Auto and CarPlay and in all but pretty much Tesla vehicles at this point, Amazon may have the advantage of being less locked down and therefore more accessible to 3rd parties wanting to have a custom version of voice control embedded in there vehicles, this would certainly follow the path already well trodden in the consumer home market.

Interesting Electric Cars
Fiat, with their Centoventi concept vehicle, has taken a modular approach to their design, a bit like the Honda Element, in which you can swap out parts of the vehicle thus creating an affordable electric vehicle with a strong secondary market. The interesting piece is that they include the battery as one of the swappable parts and open that to 3rd party vendors.

Woodside Opinion:
Fiat may have hit on something here, one of the remaining hindrances to electric vehicle adoption is the lingering doubt about how long the batteries last and if they can be replaced. The contrary to this argument is the level of trust you might have in replacement 3rd party batteries given this is the primary element of a vehicle.

Robots & Drones
There continues to be a large amount of innovation around use cases and form factors at the show. In the home, there were a large number of different types of robots for all kinds of uses, we are still likely to be a long way away from what you can see in the movies. This year we saw introduced: the Charmin rollbot; Jennie emotional support robot puppy; pizza making robot; Manna airborne drone for delivery of meals in combination with flip dish to name a few. More examples at this link.

Woodside Opinion:
There are no signs this market is consolidating at present, it is still very fragmented outside of DJI in consumer, and many niche players in enterprise. Continues to be a market in development. 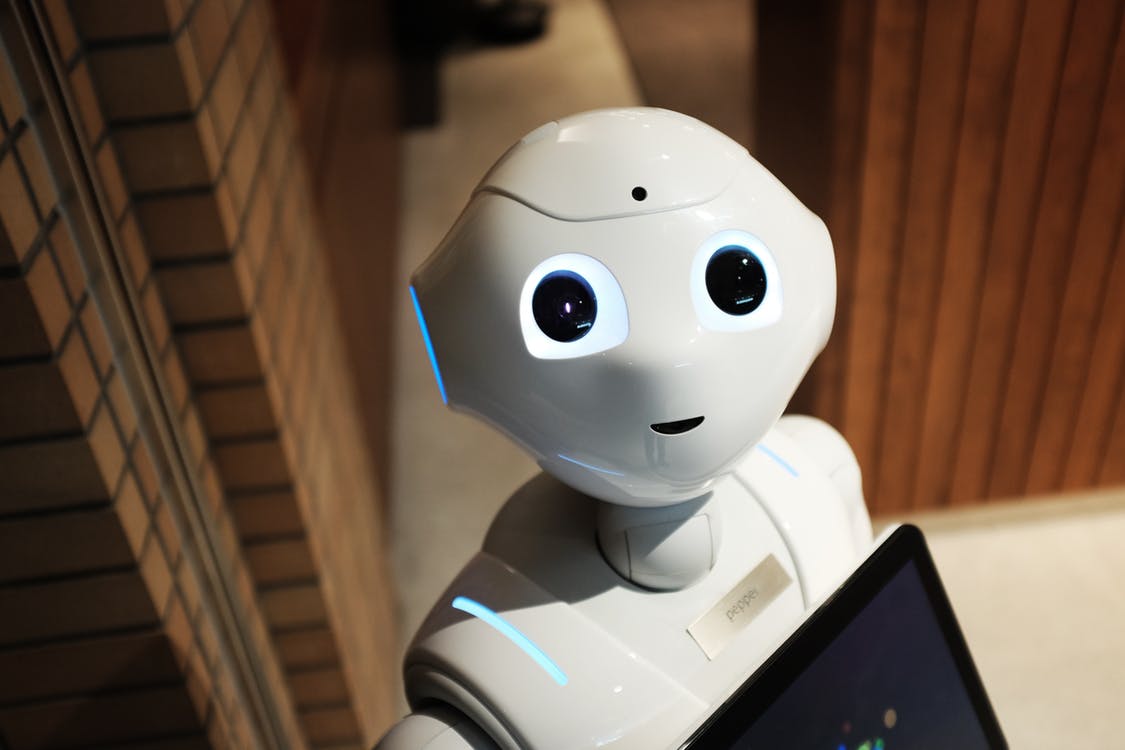 Autonomous & Electric Vehicles [not cars]
Segway has a new vehicle and Sony introduced their concept car, which came as a surprise to most. A good round up of other auto news from the show here and here.

Woodside Opinion:
Form factor of these vehicles doesn’t look like they would take off [not fly, but sell]. Most folks seem to think the Sony car was about saying Sony can be the “go to” supplier of parts for autonomous and electric cars.

VR & AR
Sony announced their VR headset is still selling well, and Facebook Oculus sold out their latest product over the holidays, so there is still heavy consumer interest. Over in the enterprise MSFT Halo 2 is doing well with some compelling use cases for AR. There are also some emerging simulation use cases for VR in the enterprise, think flight simulator but for situations not necessarily involving a vehicle, such as the correct safe way to navigate a construction site, walk through a building before it is constructed to try it out; run through safety examples in warehouse situations without being there and then all the vehicle based ones as well. 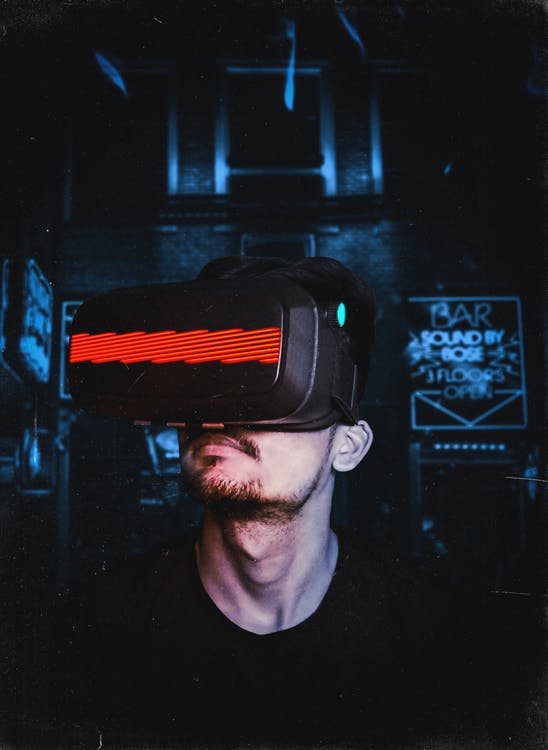 Woodside Opinion:
We predict AR to be a steady consumer slow burner in 2020 while everybody waits for Apple’s next move into hardware [Apple glasses?] that will kick off adoption like we have seen with their move into smart watches. There will continue to be valid use cases in the enterprise for overlaying information on the real world, think Microsoft Halo. Then combining AR or VR with Drone video, either to control the drone or to be able to analyze video in real time is an interesting development.

5G:
Even though 5G was last year’s CES news, there was still a big presence on everybody’s stands as they demonstrate how much better their product is when used with 5G.

Woodside Opinion:
The 2 main benefits of 5G – much faster downloads and lower latency – both require substantial deployments of net new cell sites, up to 12x more cell sites will need to be deployed nationwide [in reality only in urban areas]. So it is likely the material impact of the advancements of 5G won’t kick in until CES 2021 or later. Look for more hype and more “enabled/ready for 5G” announcements in 2020 in lieu of actual improvements.

IoT
Quite a bit of IoT again on display, we are possibility into year 5 of it being “the year for IoT”. 5G, when it kicks in, will bring easy mobile deployments of IoT and will drive higher quality in the industrial control sector as wi-fi 6 and 5G compete for dominance in the industrial IoT sector.

Woodside Opinion:
The slow refresh rate of IoT, maybe especially in consumer [how often do you look to change out your front door locks?] remains a hindrance to the market. 5G will help stimulate the market enough that it does not stagnate, but we don’t see any big development that could ignite the market. 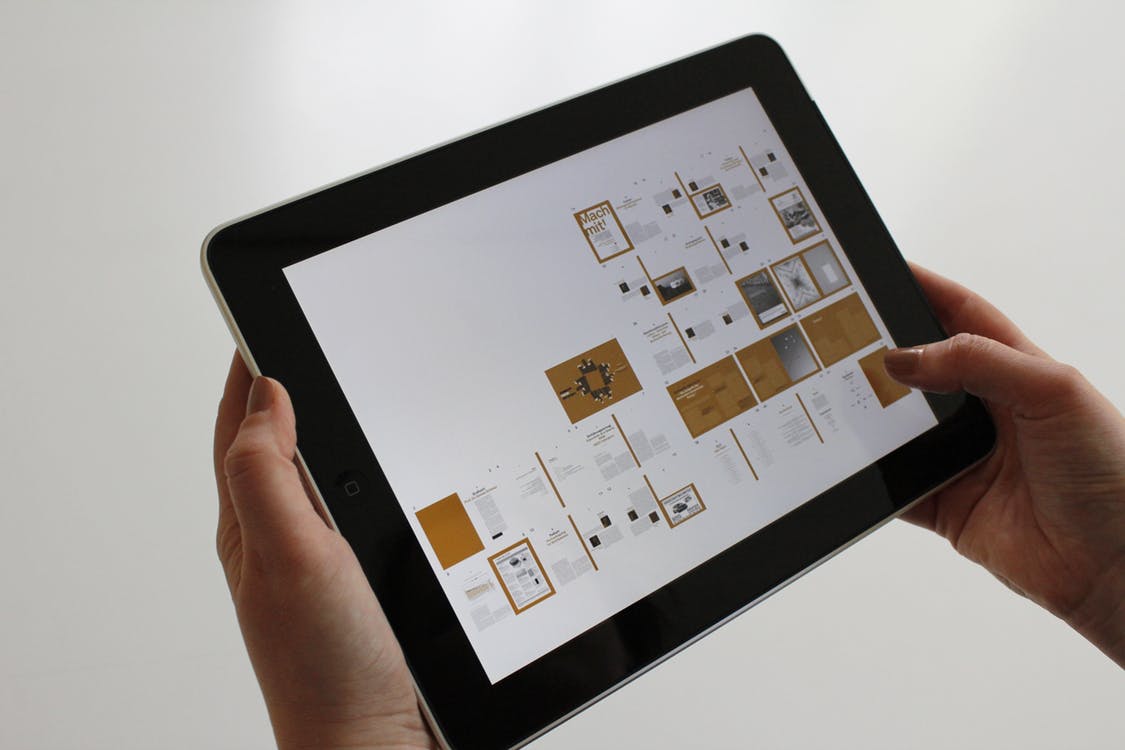 Image Recognition Tech
There was a large presence of visual analysis based products to enable key automations. Cocoon showed a visual baby monitor; Opte launched an Inkjet printer for your face; iTero® is making it more convenient to get your teeth straightening by taking the friction out of making a mould by scanning the mouth using a handheld scanner and Pampers Lumi combines a camera and a sensor attached to the diaper to monitor sleep quality.

Woodside Opinion:
Access to image processing is hitting mainstream and enabling many workflows to be materially enhanced. Interesting area to watch.

NEON “from Samsung”
NEON came to the show with a surprise. They have developed full size digital avatars -which would be either represented on a screen [think webinar, conference call, video presentation, keynote perhaps] or projected into a room [think physical conference conference stage or theatre stage, or like a Star Wars Princess Leia hologram]. NEONs are created as individual characters rather than avatars you can program to look like you, for now at least. And they have a personality – so you can piss them off and they stay pissed off just like a human! Just a note on the origins of NEON: The tech came out of Samsung’s tech incubator, was sort of spun out with people and funding from Samsung, but NEON is not a Samsung company.

Woodside Opinion:
Perhaps the most dramatic jump in tech, taking the possibilities of DeepFake to new heights. Clearly quite a few iterations needed on the tech, but quite an amazing development nonetheless. Watch this space.

TVs
For the second or maybe the third year running we saw a lot of 8K TV hardware, this year we also saw iterations on form factors -bent screens, very large screens, screens that roll up or down.

Woodside Opinion:
Continues to be no mainstream market for 8K, given that 4K content does not abound we think this is certainly a very impressive technology looking for a market.

Woodside Opinion:
Foldable tech goes into version 2, jury is out on the market except for journalists and curiosity adopters with no real use for the tech. We may need a v3.

And that’s it! We’d love to hear your opinions too! Feel free to email Rudy Burger, Managing Partner & Managing Director at rudy.burger@woodsidecap.com or Mark Bagley, Executive Director, at mark.bagley@woodsidecap.com to share your thoughts or just to have a chat!

Thank you! We will send the link to download the full report to the email you provided. If you have any questions please email kelly.porter@woodsidecap.com

There was an error trying to send your message. Please try again later.